There are about 180 Medieval coins in the Nickle Collection. 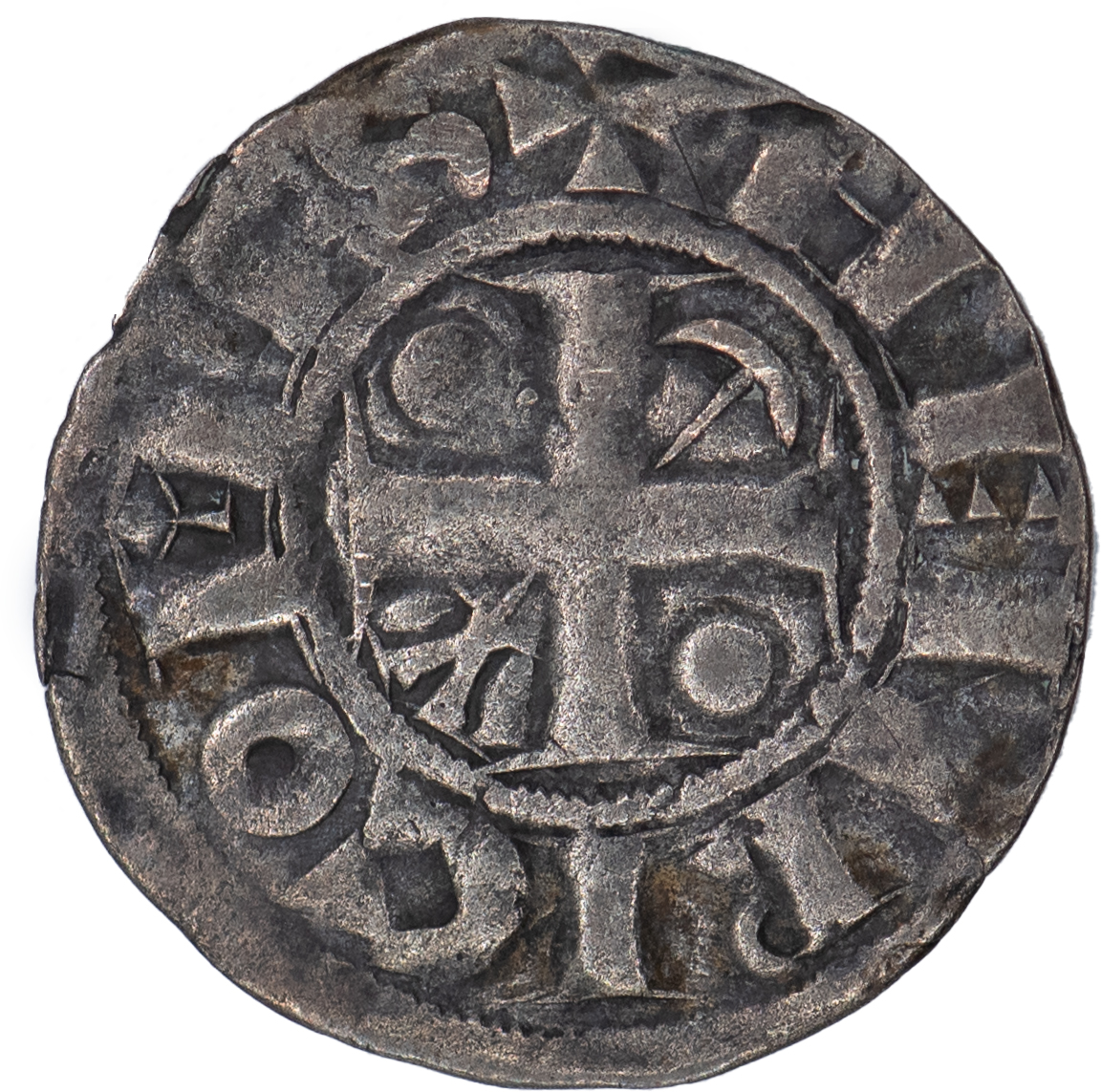 The Medieval period stretches roughly from the fall of the Roman Empire in the 5th century to the beginning of the Renaissance in Europe at the end of the 15th century. Most Medieval coins in the collection hail from the British territories, with a few examples from France, Italy, and Spain. There are also coins from the Ostrogoth and Vandal Kingdoms, plus an example of a Crusader coin.

At first glance, the coinage of the early Middle Ages might appear to be a simplified imitation of the examples left behind by the late Roman Empire. This is true to a certain extent: the coinage of the earliest medieval societies, such as the Ostrogoths, Visigoths, and Vandals, worked within the iconographic language of their Roman predecessors, albeit with a very noticeable change in identity. These coins continued using the standard formula of Roman Imperial coinage: usually displaying the portrait of the ruler on the obverse and a culturally relevant or religious image on the reverse. Beginning in the sixth century, some portraiture examples of the new leaders in Europe began to transition from imitating the cropped hair and crowned profiles of the Romans to proudly presenting the long-haired, mustached faces typical of the barbarian cultural aesthetic.

This initial trend of developing upon the Roman model would continue as the Middle Ages progressed and the new cultural divisions of Europe became more and more established. Stronger rulers such as Charlemagne (r. 768-814) in Francia or Offa (r. 757-96) in Anglo-Saxon Mercia would usher in currency reforms, which contributed to the establishment of weights and denominations in medieval coinage. Throughout the early Middle Ages, European denominations would center on the unit of the silver Roman denarius, becoming the “denier” in France, “denaro” in Italy, “dinero” in Spain, and “penny” in England (all weighing between 1g and 2g). This term would even find its way into medieval Muslim coinage as the gold “dinar.” By the high Middle Ages, new, regional denominations would emerge such as the Venetian silver and gold ducat (at 2.18g and 3.56g respectively), the Florentine gold florin (3.54g), and the French golden écu (varying weights). Most coins were issued from mints in capital cities and large, important cities across Europe.

The Nickle collection of medieval English coinage consists of coins from the Anglo-Saxon kings of the ninth century to the rise of Henry Tudor in 1485. The coins in this collection are silver pennies, the standard unit of medieval English currency. Indeed, the famous scholar C. Warren Hollister has associated the term “penny” with the name of Penda, a powerful Anglo-Saxon king in Mercia. Though the penny was the unit of everyday transactions involving payment via coin, those of higher classes could also think it terms of pounds—in this case, a very literal term referring to a pound of silver (around 240 pennies). In the early Middle Ages, many coins were minted by individual moneyers, who put their names on the reverses of their coins. In the centuries to come, coins would be attributed to larger mints in cities. Most of the High Medieval coins in the Nickle’s collection were minted in London or Canterbury, as inscribed on their reverses. Some later coins were even minted in Calais, France after its capture by the English during the Hundred Years War. For their imagery, most English pennies from the Anglo-Saxon era present the ruler’s image in standard profile on the obverse, along with his name and title, and a long cross on the reverse with the moneyer’s name. Most later examples follow this pattern, but with a full-face portrait. Interestingly, this portraiture change coincides directly with the Norman Conquest of 1066: the Anglo-Saxon portraits are profiles consistent with the old Roman examples, but every Norman and Plantagenet king after William the Conqueror presents his face head-on.

Much of the Nickle collection of French coinage is from the High Middle Ages, a period in which the area of modern France was fragmented into a small kingdom and many semi-independent duchies. In general, medieval French coinage also followed the ruler/religious formula outlined above, and was less centered on presenting the ruler via portrait. Though many coins throughout the medieval period did feature the classic portrait, many also represented the king in other unique ways, including the famous puzzle monogram (in which the letters of the ruler’s name are presented in an artistic, often cruciform, manner, meant to be puzzled out by the viewer) or via a coat of arms or image of the crown itself. Most of the high medieval coinage minted by the king of France features a crown on the obverse and the standard cross on the reverse, complete with the standard Latin inscriptions. 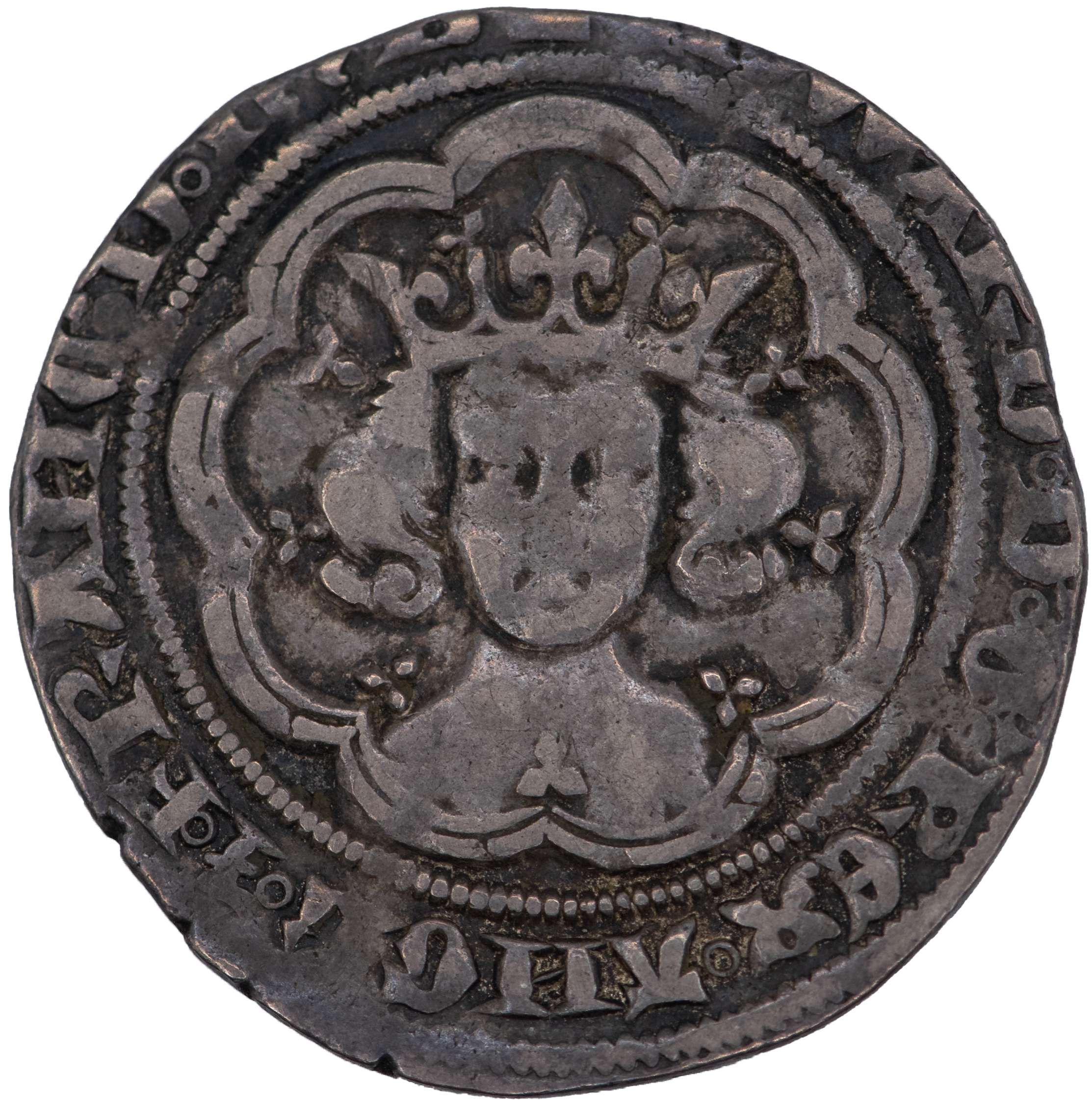 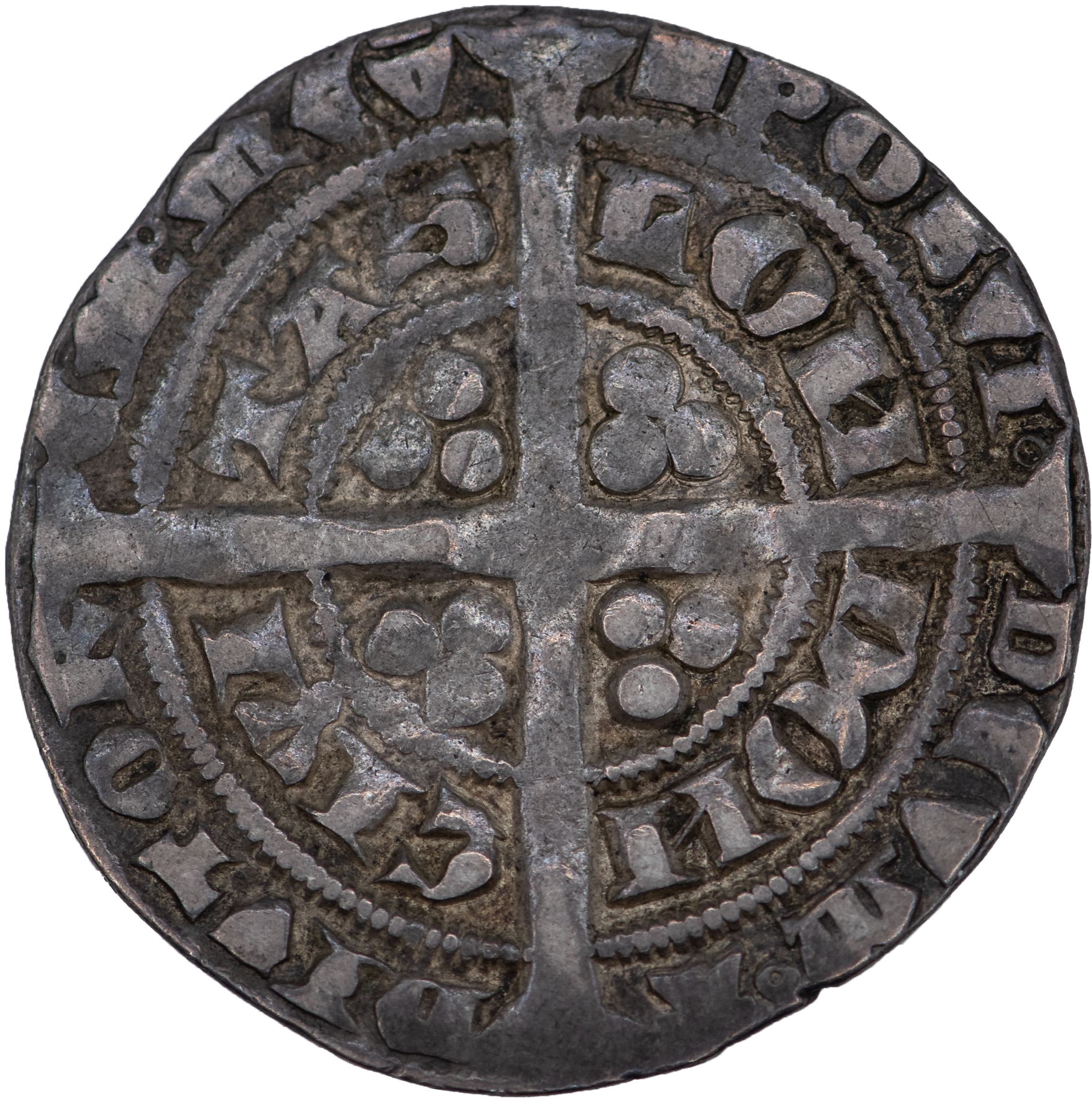 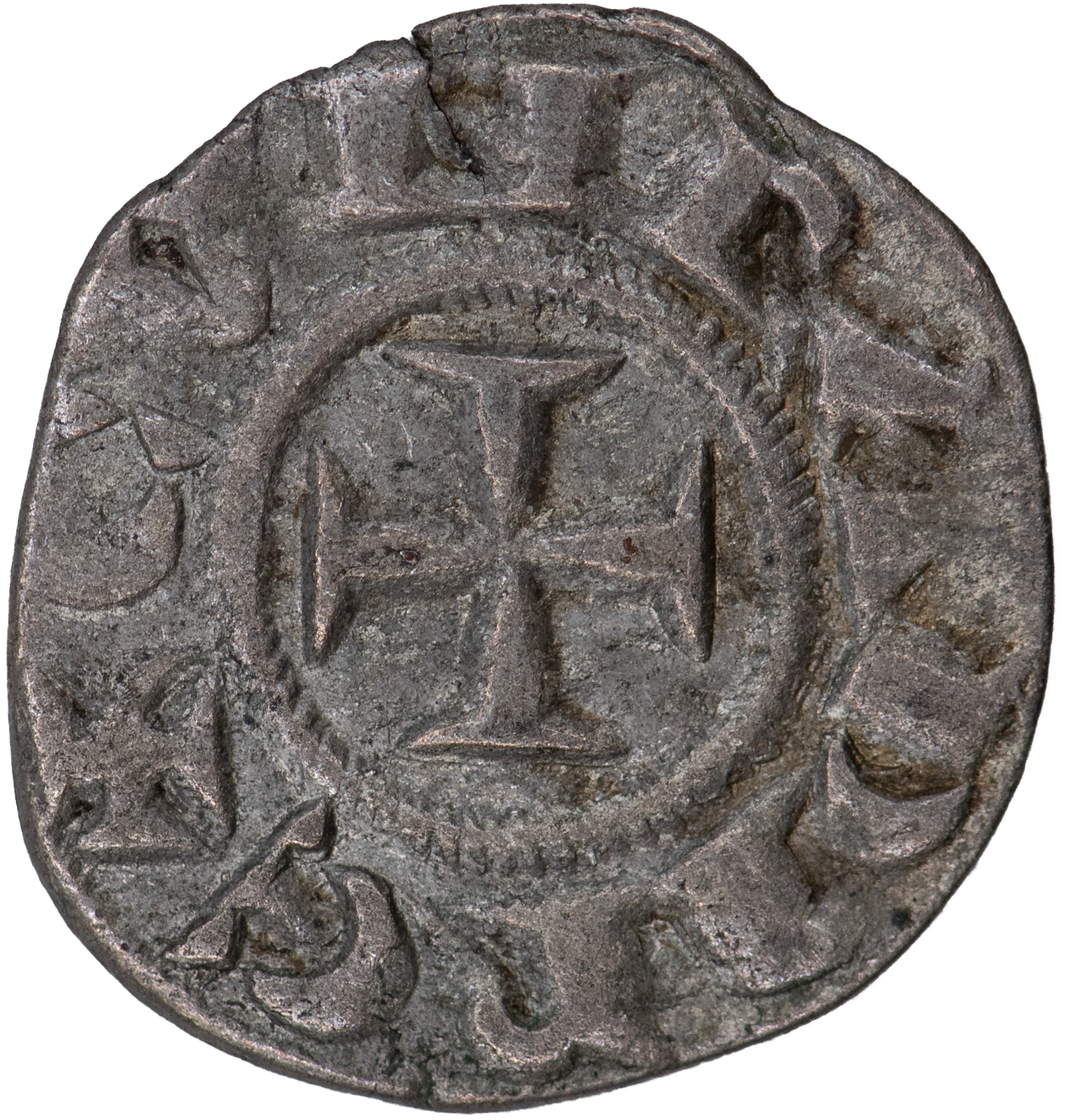 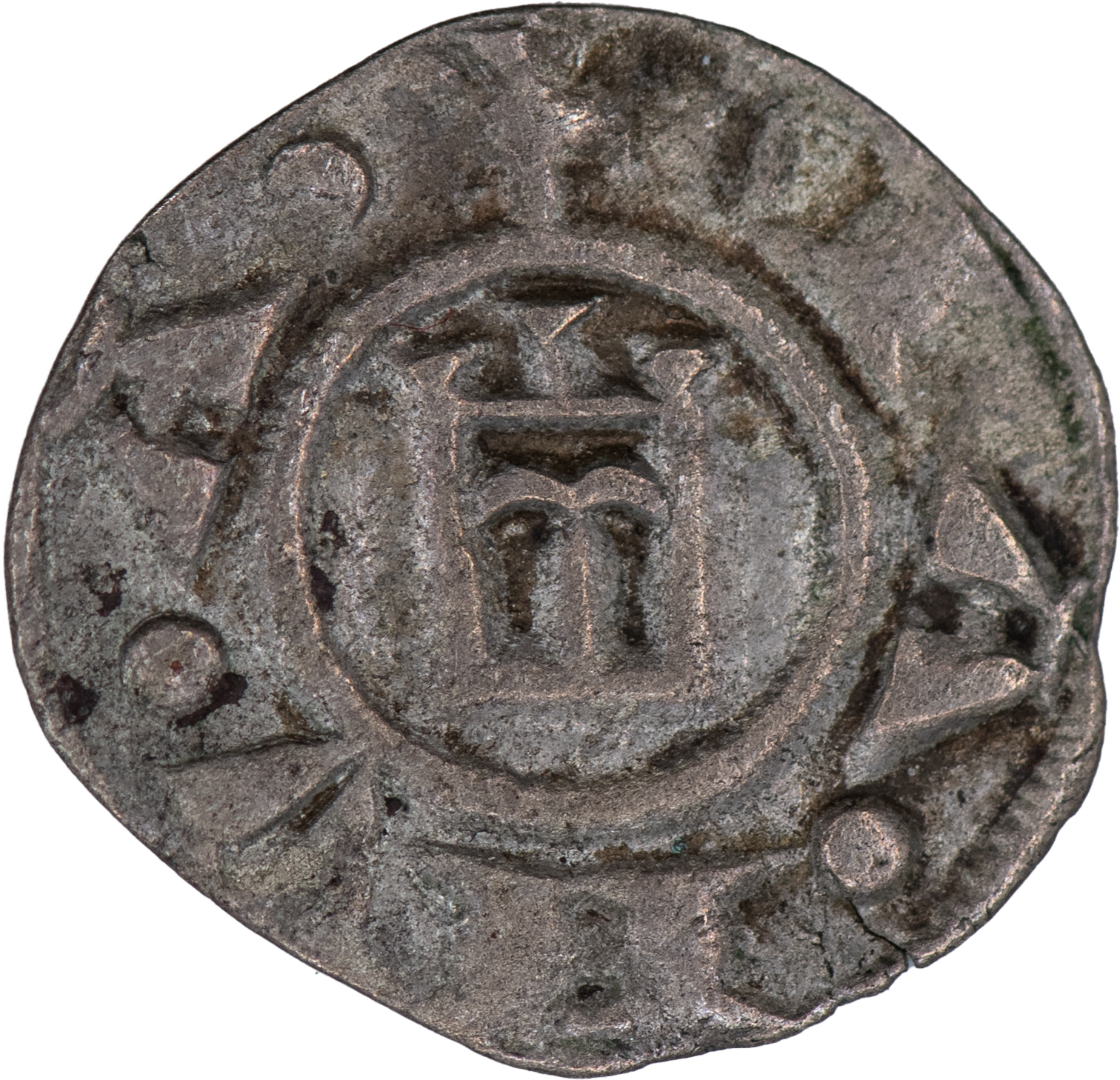 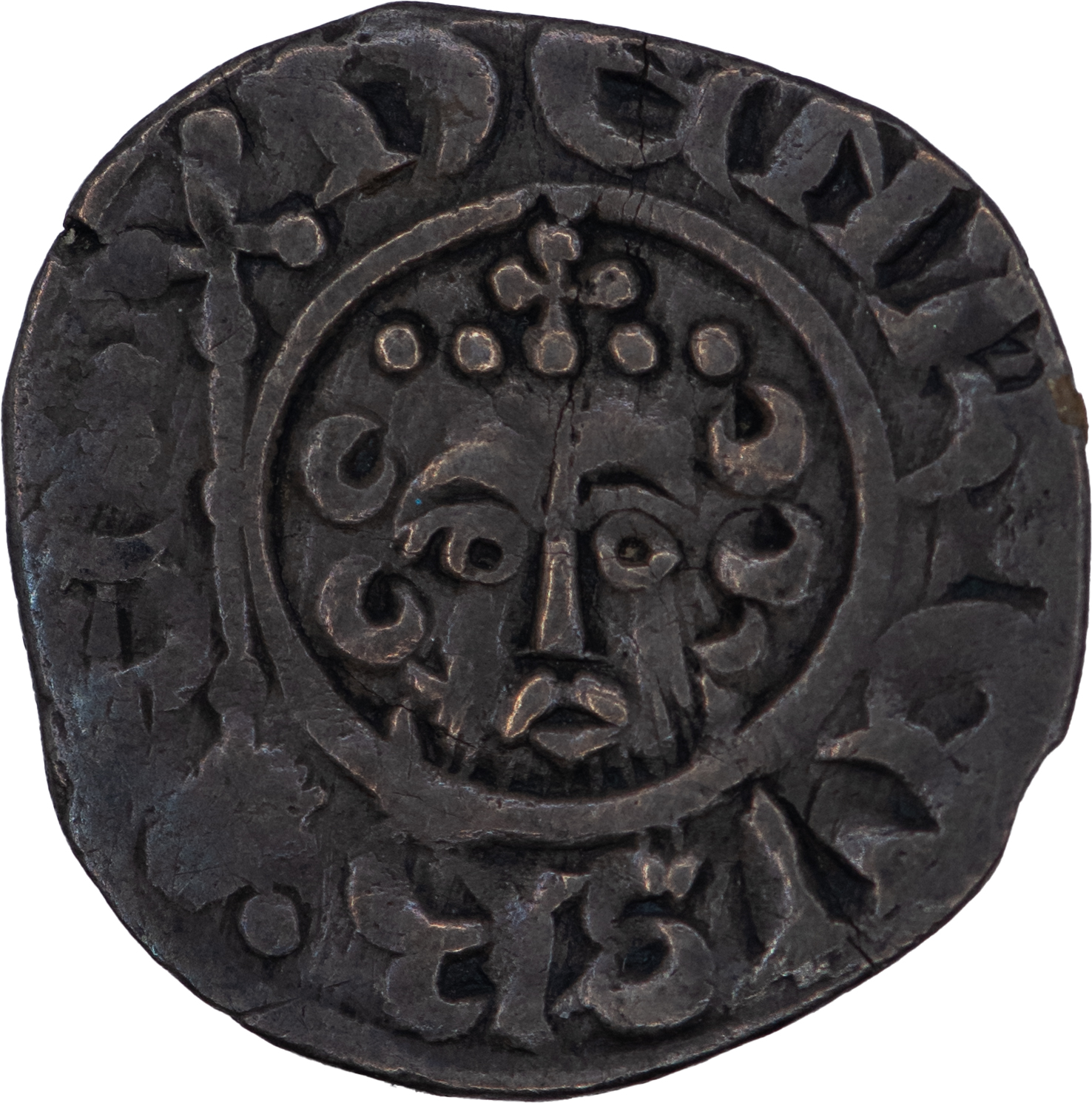 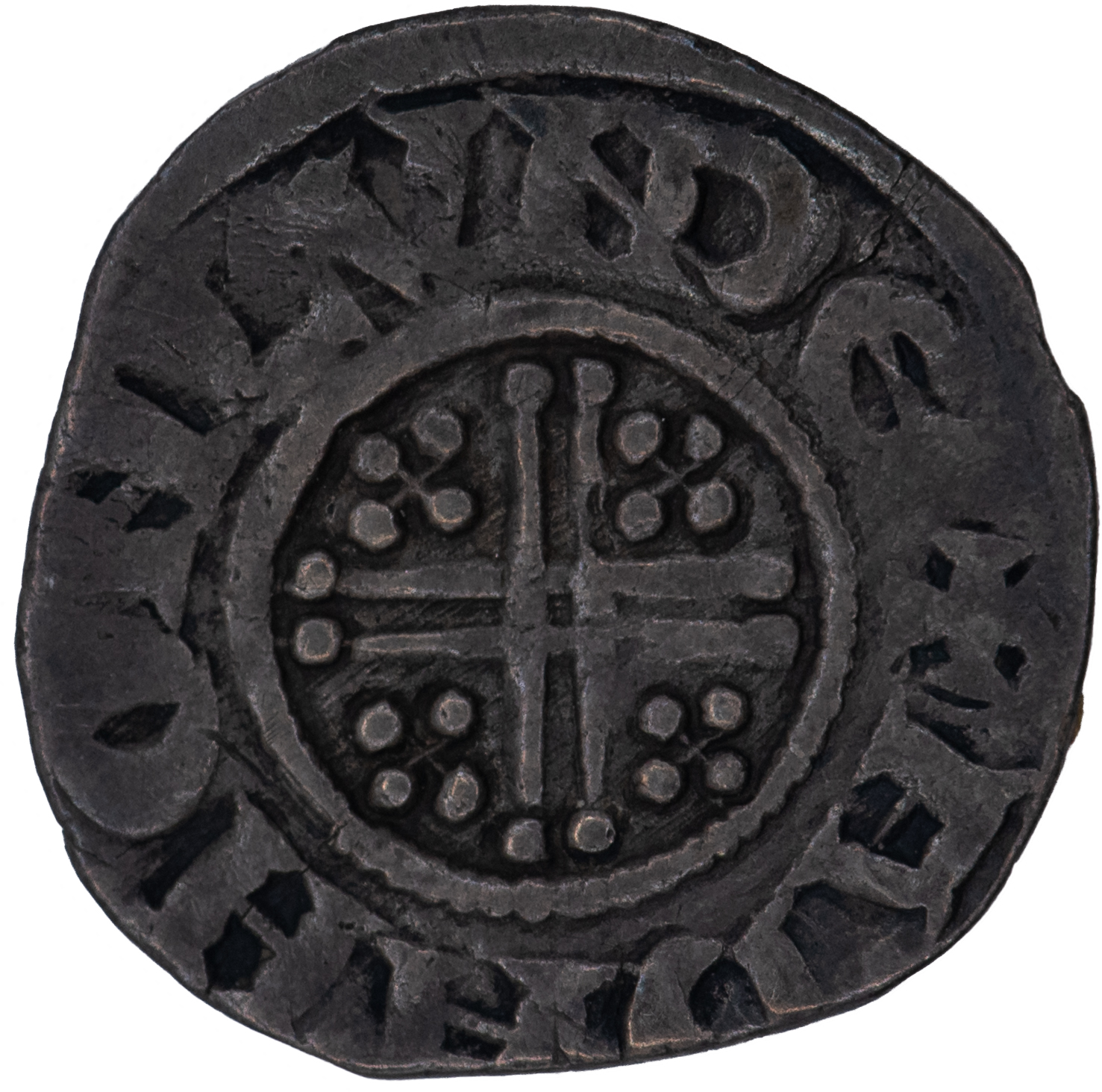 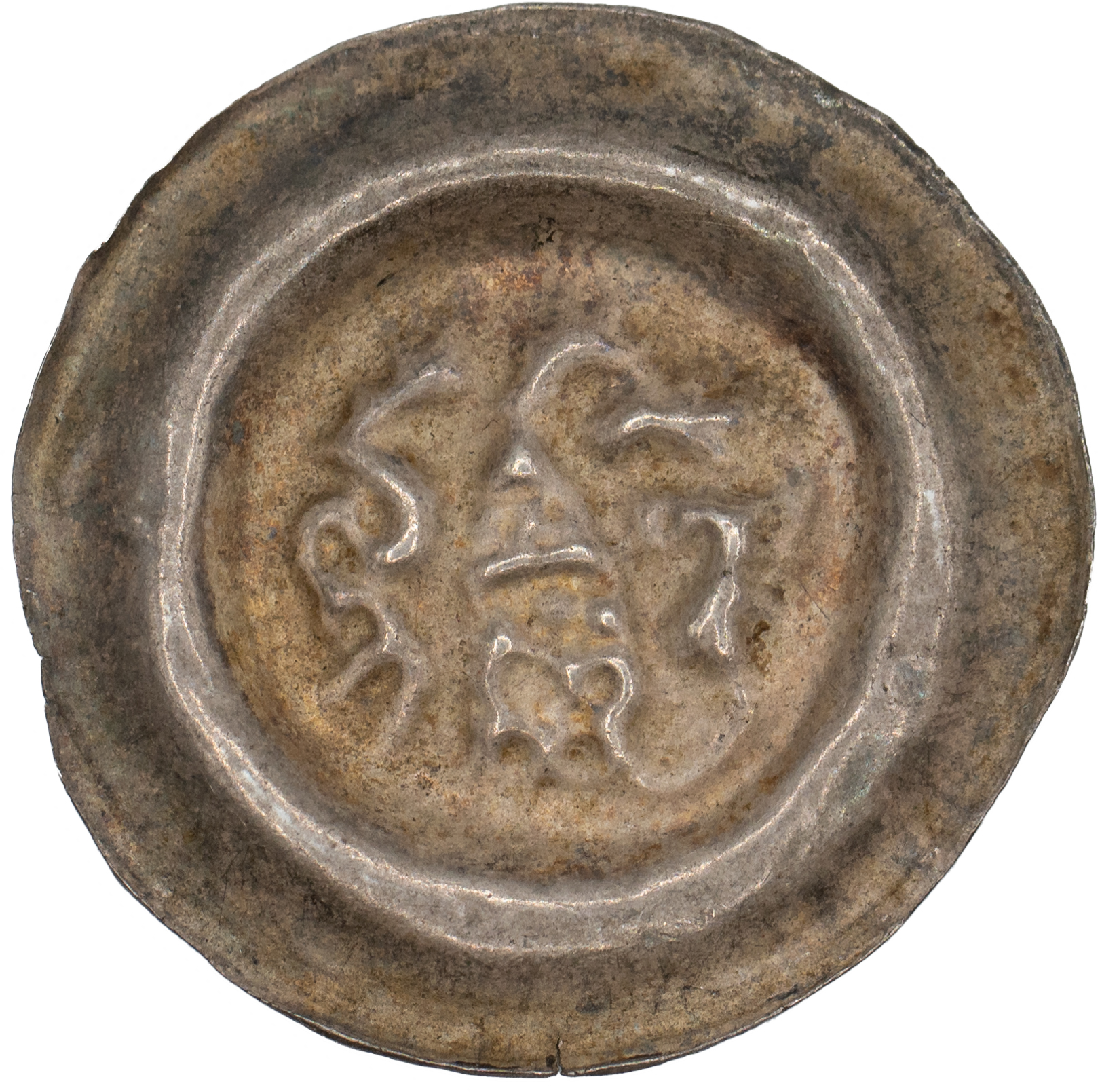 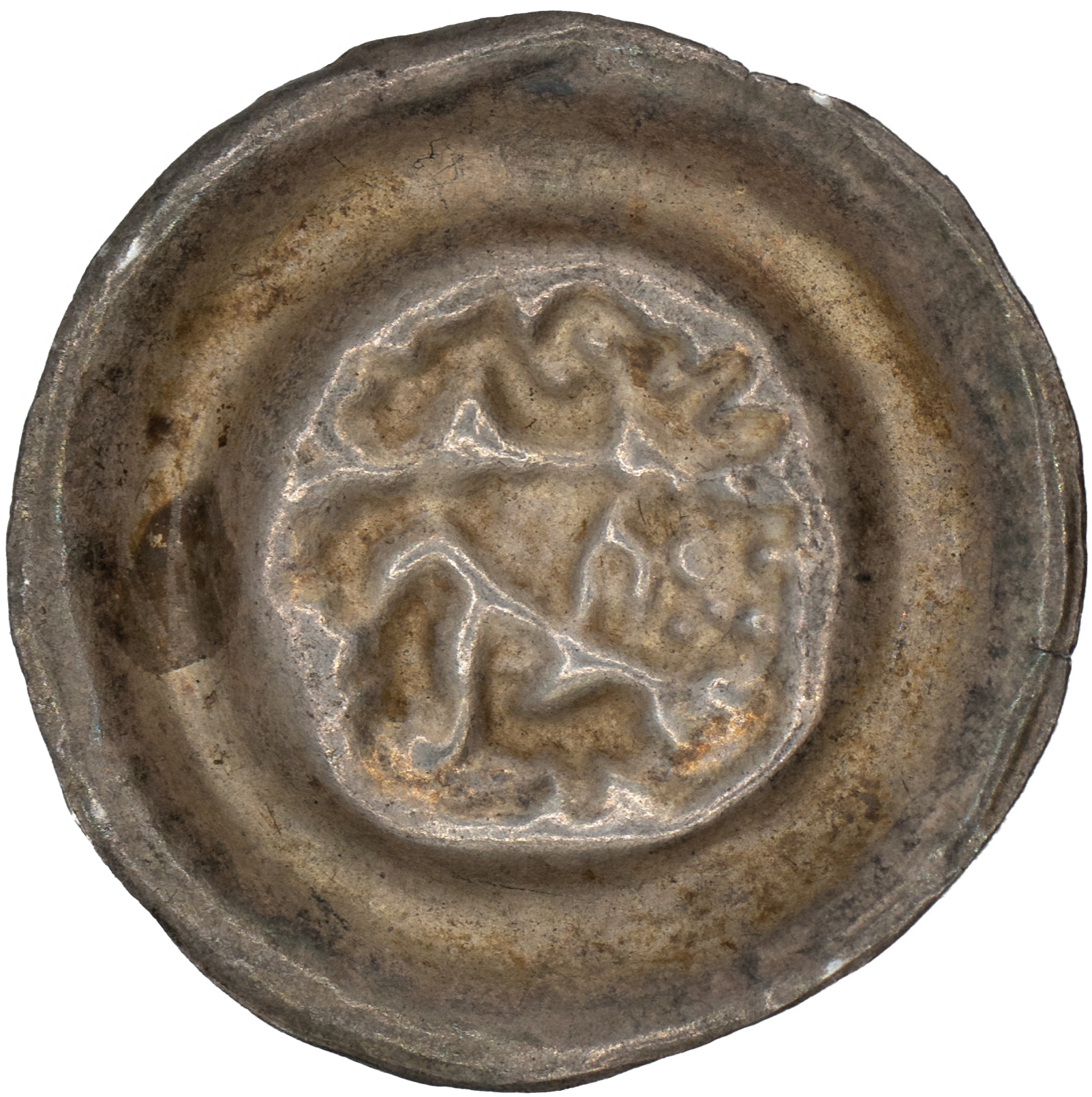