Eung-Do (Ed) Cook was a Professor of Linguistics at the University of Calgary (1969-2000) whose work focused on endangered First Nations languages. During his career, he compiled a large amount of raw data on the Chipewyan (Dene Suline) and Chilcotin languages, though he also worked on Carrier, Cebuano, Kaska, Morley Stoney (Siouan), Sarcee, Tahltan, and Witsuwiten.

The Arctic and Northern Studies digital collection contain a selection of materials from the University of Calgary’s Archives and Special Collections and Arctic Institute of North America. The materials are rare published or unpublished archival documents and artwork dating from the 1600s to the 1900s.

The Military History Digital Collection contains a selection of digitized documents, photographs, and books from The Military Museum Library and Archives and Glenbow Archives.

Digitized maps from the University of Calgary's Spatial and Numeric Data Services and Archives and Special Collections focused primarily on the western Canadian prairies.

Created by the University of Calgary’s Libraries and Cultural Resources department, this educational resource connects Indigenous perspectives to the current Alberta curriculum to complement kindergarten to grade twelve studies. This is an excellent tool for educators to respectfully incorporate Indigenous knowledge into classroom conversations and expand upon the topics covered in each subject to diversify and support student learning. With these materials, students will observe how Indigenous ways of knowing have been documented over time through various documents, images and archival material, primarily sourced from the Glenbow Library and Archives collection. This documentation is flawed but brings greater understanding of how our shared past has formed our current reality. 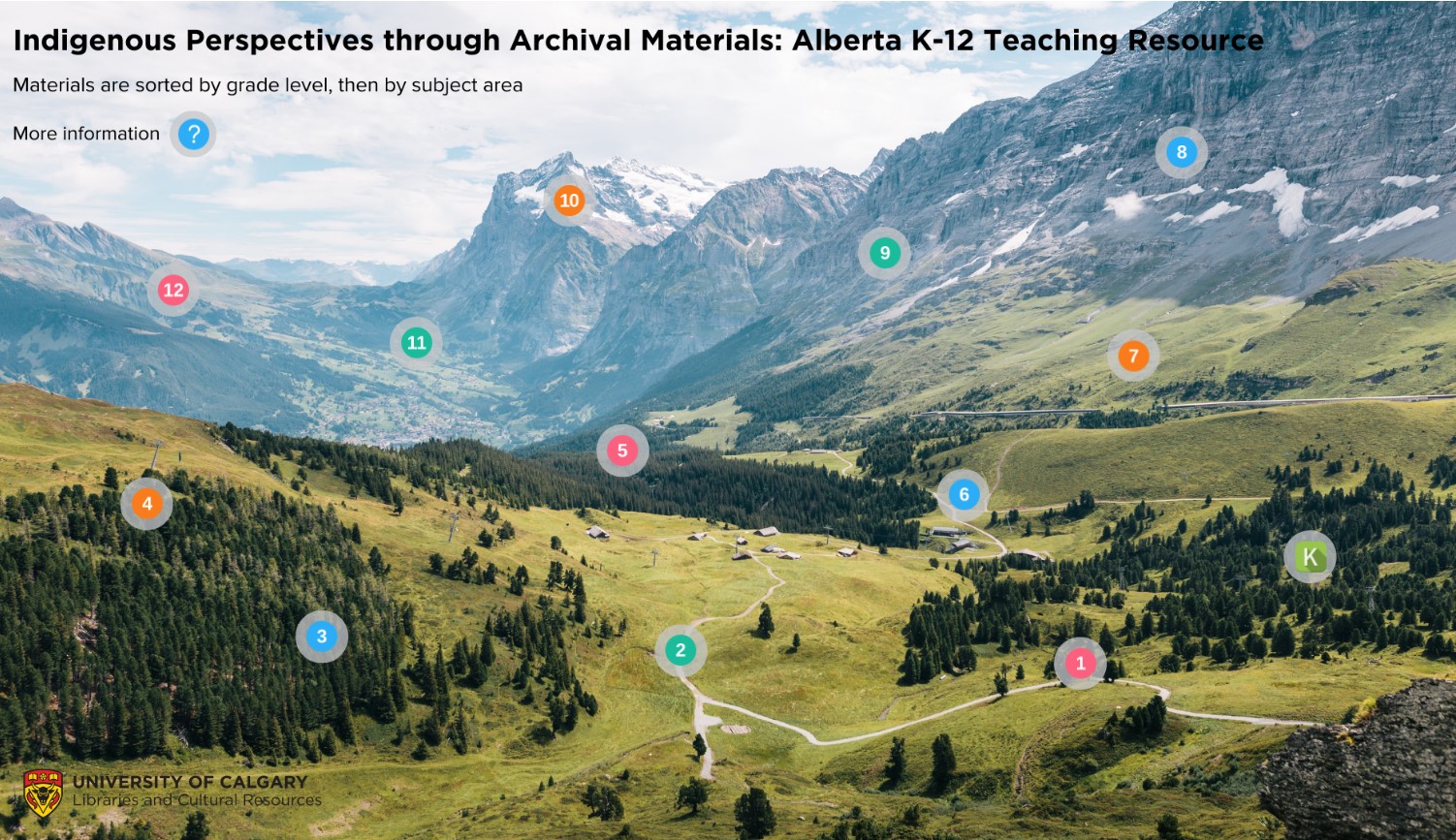 This interactive map identifies all Residential School locations across Canada, according to the National Centre for Truth and Reconciliation. Several locations contain links connected to relevant archival materials from the Glenbow Library and Archives digital collection at the University of Calgary. This application acts as an educational tool, intended to inform and support student learning of Residential Schools and the impacts of colonization on Indigenous cultures throughout Canadian history.