The Eugene Strens collection offers a variety of literature sources on recreational mathematics. The collection's magazines, articles, journals and books are all available. The material in this collection dates back to the 17th century! 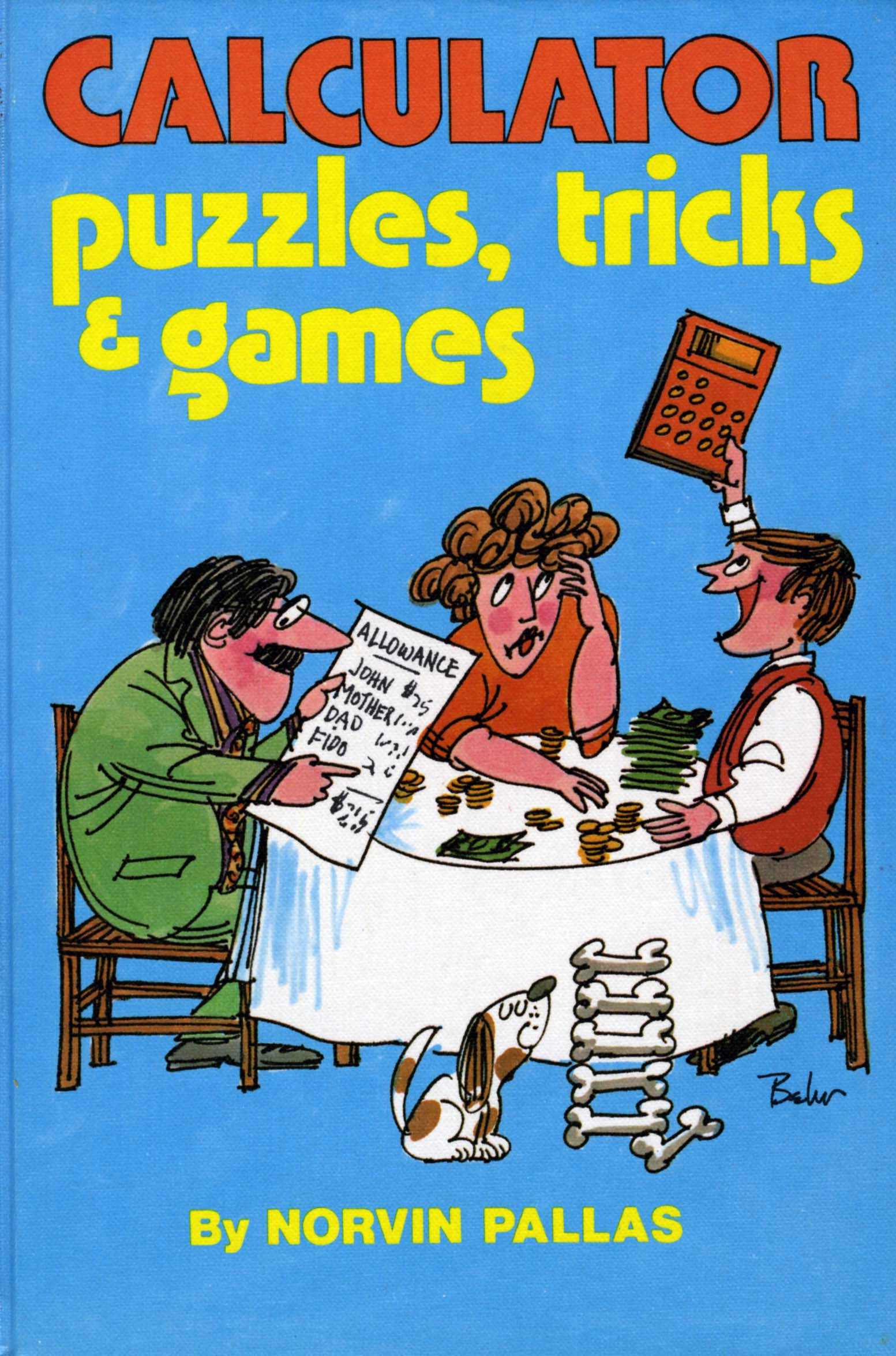 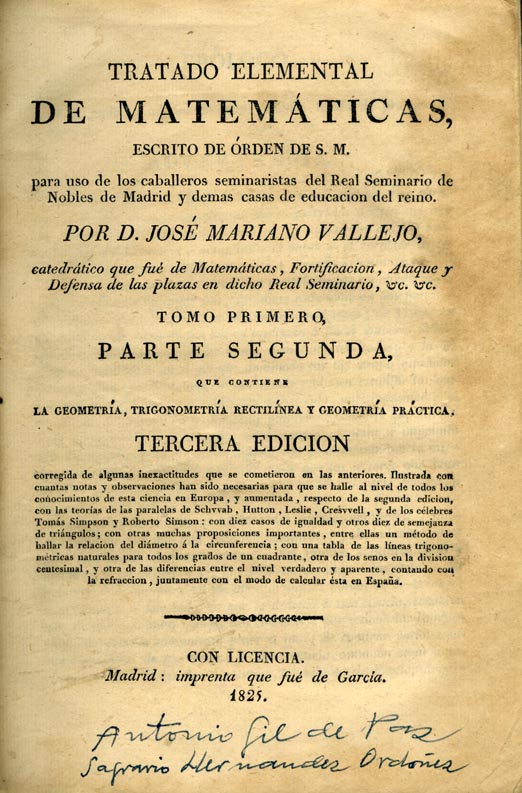 The print collection can be browsed in the University of Calgary library catalogue or requested for research in the Centre for Arts and Culture located on the 5th floor of TFDL. Contact us directly at: archives@ucalgary.ca

Special Collections has acquired an early edition of Claude-Gaspard Bachet's Problemes Plaisans et Delectables from 1624. This book is one of the great rarities in mathematics; it is "the first noteworthy collection of recreative problems to appear in print...it was a pioneer and is much better than some of those that went through many more editions" - (Smith, History of Mathematics, II, p. 535). The first edition appeared in 1612.

Bachet (1581-1638), was a "mathematician, philosopher, theologian, poet, and one of the ablest writers of his day...His work on mathematical recreations was the best of all that appeared in the 17th century and is still looked upon as a classic in that field, both in style and in content." - (Smith, I, pp.379-80). Bachet also made notable contributions to the theory of numbers. 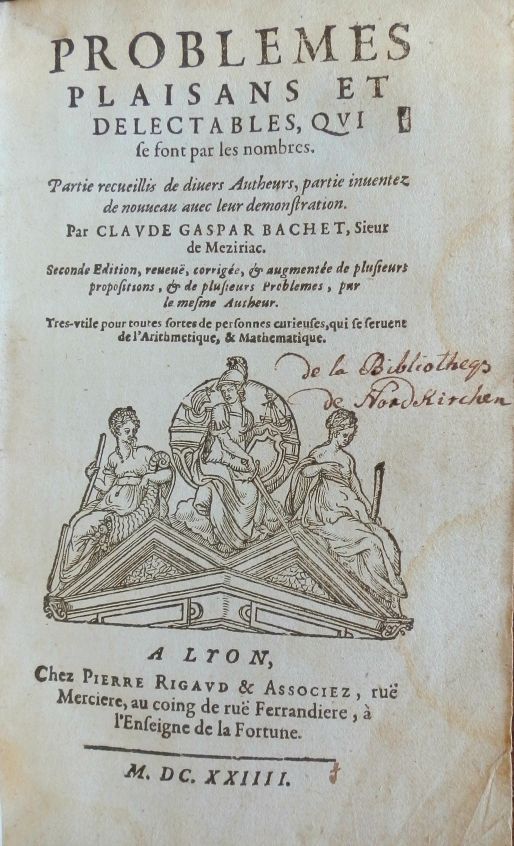 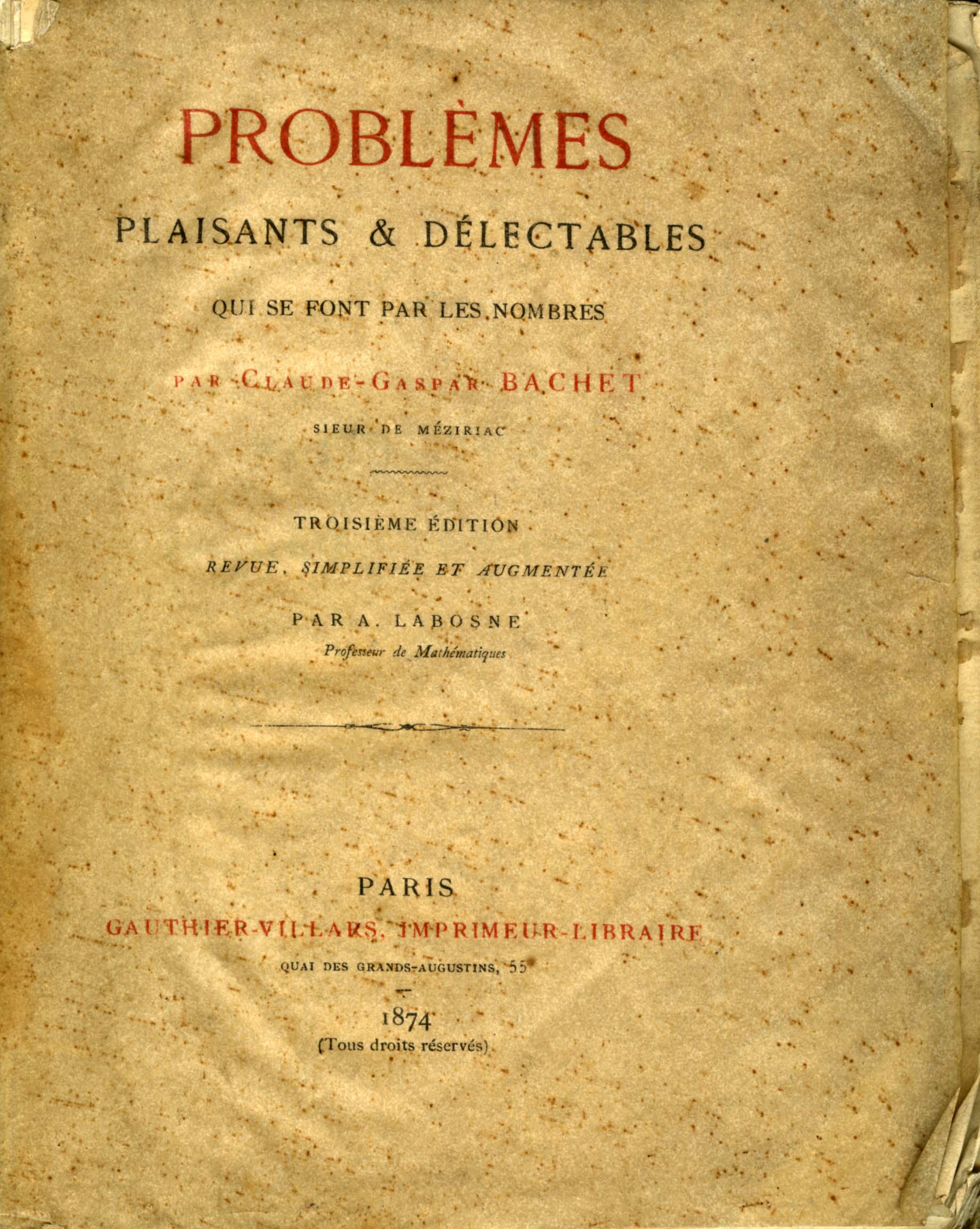