Providing support for exploration and creation of new media forms such as animation, soundscapes, graphics design and digital video

For tips and tricks for One Button Studio presentations

Reminder: When using the One Button Studio please bring a USB stick with at least 1G of space, this will accommodate approx 30 mins of recording 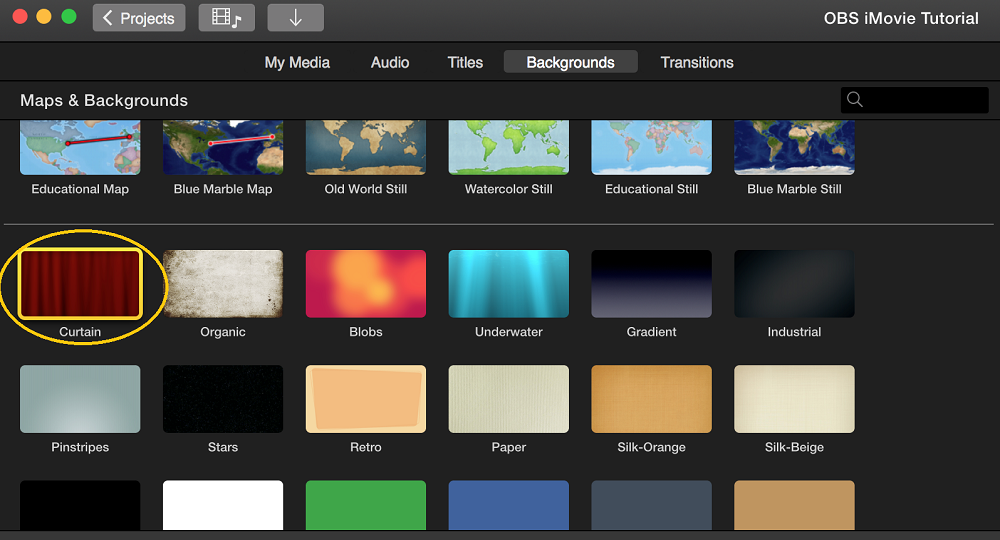 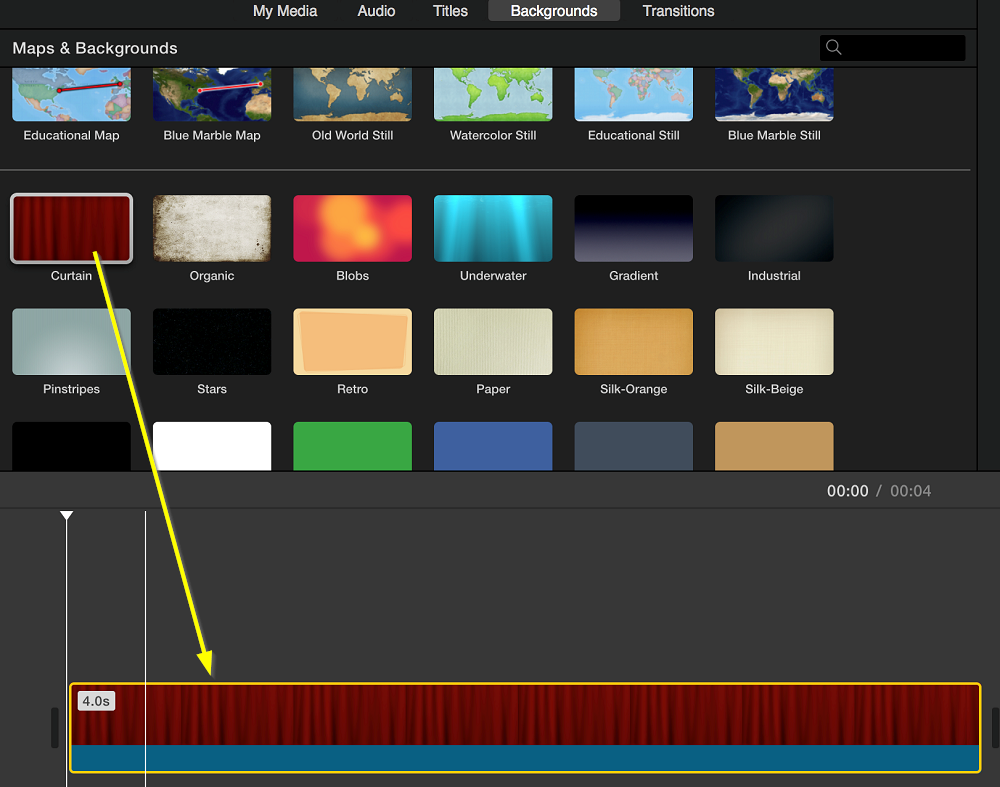 Select the green screen footage you wish to use and drag and drop it above the background.  If your green screen footage is still on your USB drive, you will need to import it into iMovie first. Import media by dragging and dropping from the desktop, using the libraries on the right-hand side, or by going to File > Import. 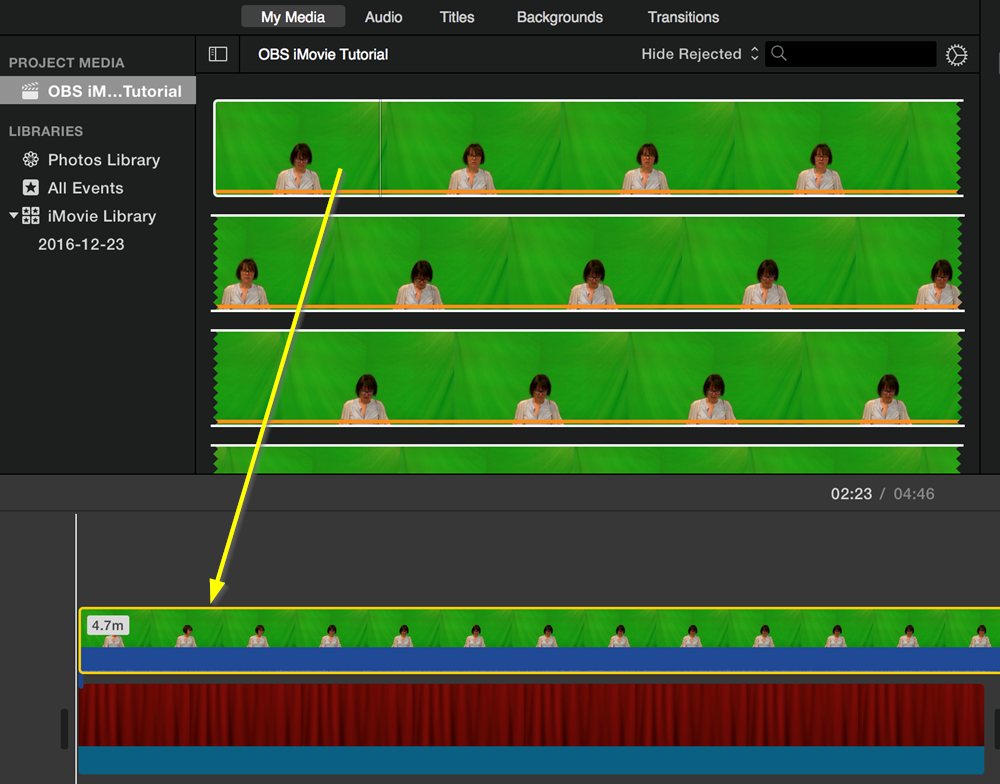 Double click to select the green screen footage in the timeline, and then select the drop down menu that is labeled "Cutaway" above the left corner of the viewing window.  Select "Green/Blue Screen." 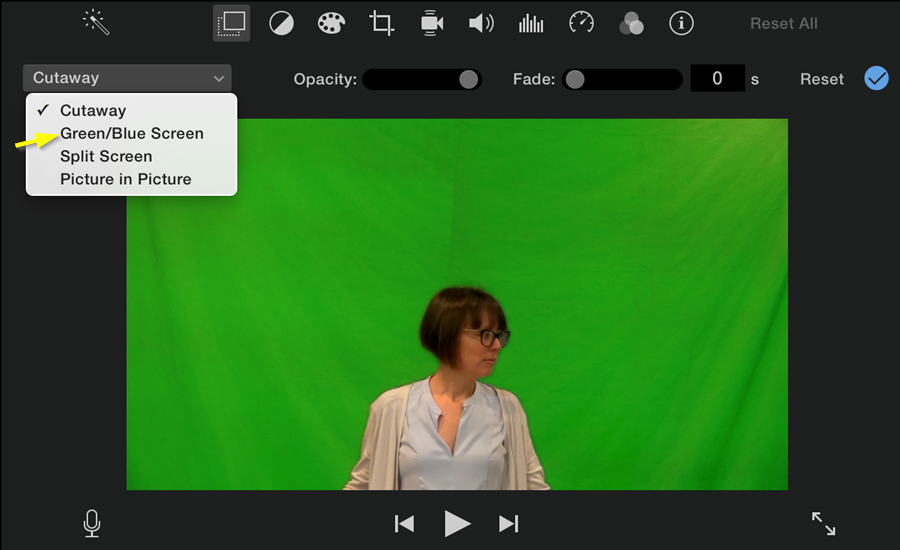 The green screen should now be removed to reveal the background behind it! 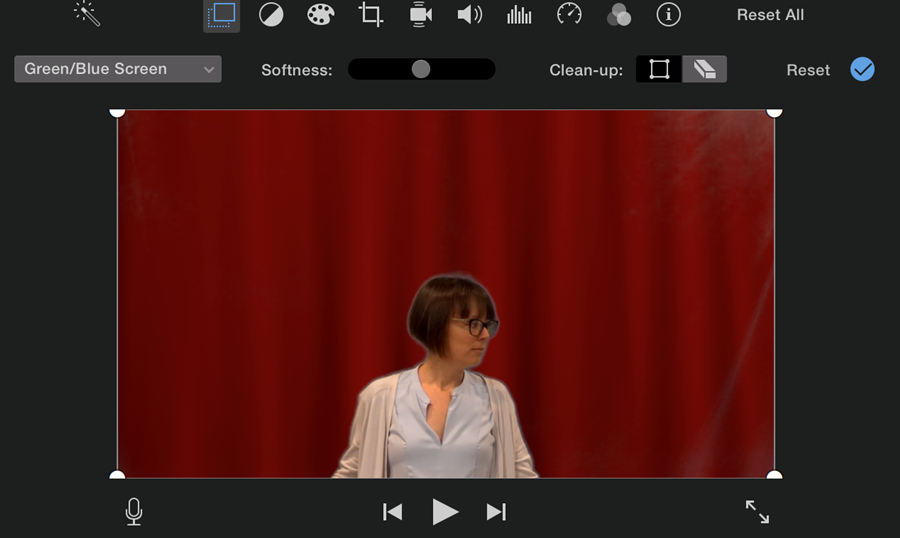