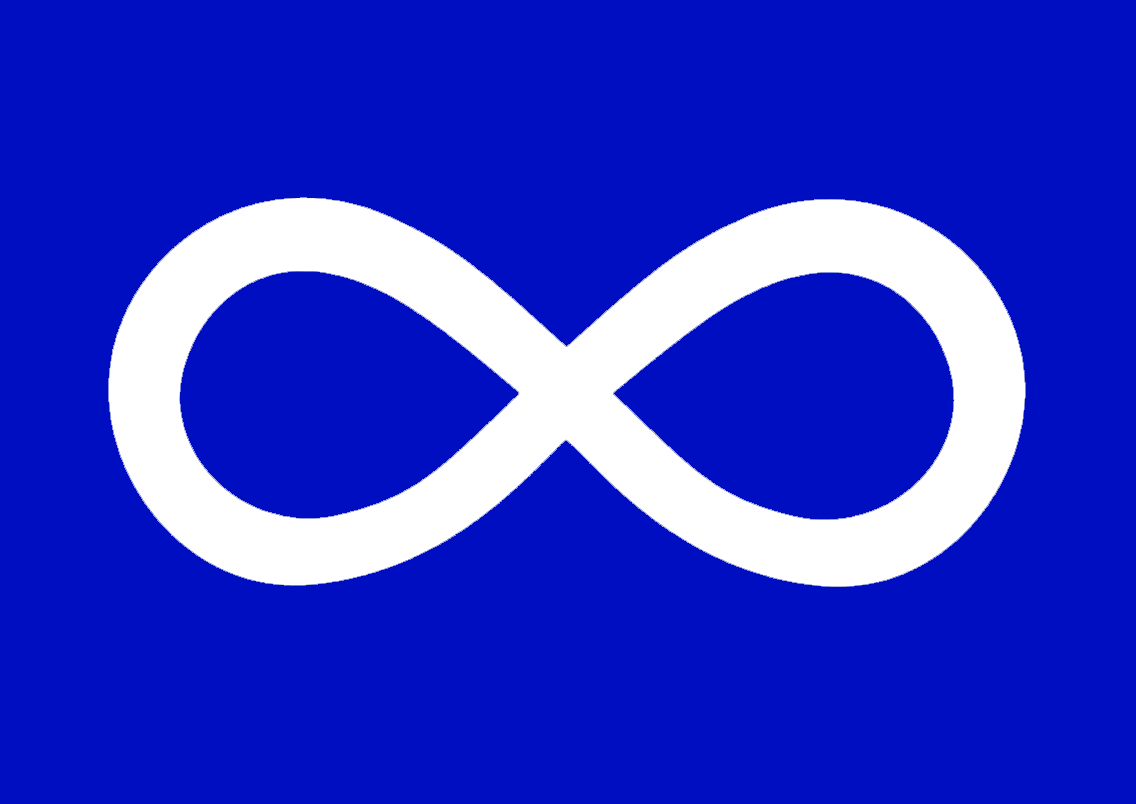 This flag is the primary flag flown by the Métis Nation today. With a blue background and white infinity symbol, it represents both the joining of two cultures, and the existence of a people forever. >>Read more 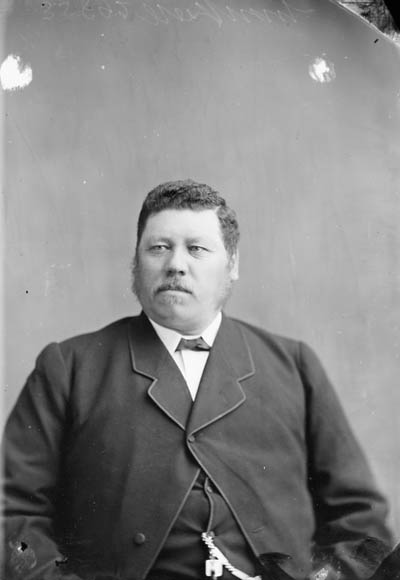 The Métis people have long advocated for themselves as a people, but it is only until recently that there has been clarification regarding Métis constitutional rights.

More information about these decisions and Métis rights, as highlighted in this section, can be found here.

A subject guide on Aboriginal law can be found here.

"35 (1) The existing aboriginal and treaty rights of the aboriginal peoples of Canada are hereby recognized and affirmed.

This case established a test for how the Van der Peet test for aboriginal rights, which are constitutionally guaranteed by s. 35(1), must be applied to Métis rights. The issue in this case centred on whether members of the Métis community have a constitutional aboriginal right to hunt for food in the area of Sault Ste. Marie. The Court held that:

The Court held that to verify a Métis claimant's membership in the relevant contemporary community, the claimant must:

In this case, the Supreme Court of Canada determined that the federal government breached its obligation to implement the promises it made to the Métis people in the Manitoba Act, 1870. Specifically, section 31 of the Act set aside 1.4 million acres of land to be given to Métis children; this was one of the conditions of entry into Confederation for the now-province of Manitoba. The Court held that:

As a result of this decision, the Manitoba Métis Federation lobbied the federal government to enter into land claims negotiations to compensate the Métis for lost lands and resources. In 2016, a Framework Agreement was signed between the Indigenous Affairs Minister, Carolyn Bennett, and the president of the Manitoba Métis Federation, David Chartrand. Negotiations for the financial settlement of the land and other aspects must still be negotiated between the parties, but it is a step towards reconciliation of these claims.

Métis Are a People, Not a Historical Process - Adam Gaudry for the Canadian Encyclopedia

The "Other" Métis - Dennis Gagnon for the Canadian Encyclopedia

Report of the Royal Commission on Aboriginal Peoples

The Report of the Royal Commission on Aboriginal Peoples (RCAP) concerns government policy with respect to the original historical nations of this country. Those nations are important to Canada, and how Canada relates to them defines in large measure its sense of justice and its image in its own eyes and before the world. The RCAP was established by the Order in Council on August 26, 1991, and it submitted its report on October 1996.